What is Brain Fog?

Brain fog is not categorized as being a medical condition, but is a general term for occurrences that change or tamper the ability to think clearly. The term brain fog refers to brief or consistent dysfunctions in focusing, learning and memory that may lead to short occurrences of anxiety, disorientation and confusion.

Why Does Brain Fog Occur and What are the Symptoms?

Brain fog can occur as a result of certain events or for no reason at all. Brain fog makes an individual feel like normal brain processes such as understanding, thinking and remembering aren’t working correctly. It affects normal brain functioning, such as the memory, which works to store information and allows it to be recalled. Brain fog also affects the ability of an individual to speak, use and understand languages.

Similarly, abilities such as problem-solving, planning and organizing, which are all needed for executive functioning, can be affected by it. Spatial and visual skills that are necessary for identifying shapes, drawing, construction and navigation can also be altered.

Calculation abilities may be affected in high functioning individuals. Other symptoms may be forgetfulness, difficulty in focusing, an increase in brain fatigue and mental confusion. In older patients, it may be a source of extreme anxiety.

Brain fog has increased in society today due to the fast-paced lifestyle that many people lead. A healthy diet with all the necessary essential nutrients and vitamins is vital for adequate growth and development of the brain, as well as the maintenance of primary brain functions. Rest and sleep are other important factors for maintaining a healthy brain.

The symptoms of brain fog are mainly psychological and can leave a person feeling anxious, worried, pessimistic and unmotivated.

Some of the symptoms include:

Confusion is a symptom of brain fog that prevents clear thinking. This may result in difficulty in making simple decisions. It may also cause erratic behavior, anxiety, nervousness and feelings of helplessness.

Disorientation is an extreme state of confusion and causes people to forget where they are, what time it is, or who they are. It may be drug-induced or may be an underlying symptom of a more serious medical condition. It is essential to consult a doctor if the symptoms persist.

Memory lapse is a common symptom of brain fog and is experienced by most people at some stage in their lives. It can occur due to a variety of circumstances, including a fast-paced lifestyle and juggling too many things at once, drug interactions or more severe conditions such as the onset of Alzheimer’s. If symptoms of memory lapse persist, consult a doctor for further advice. 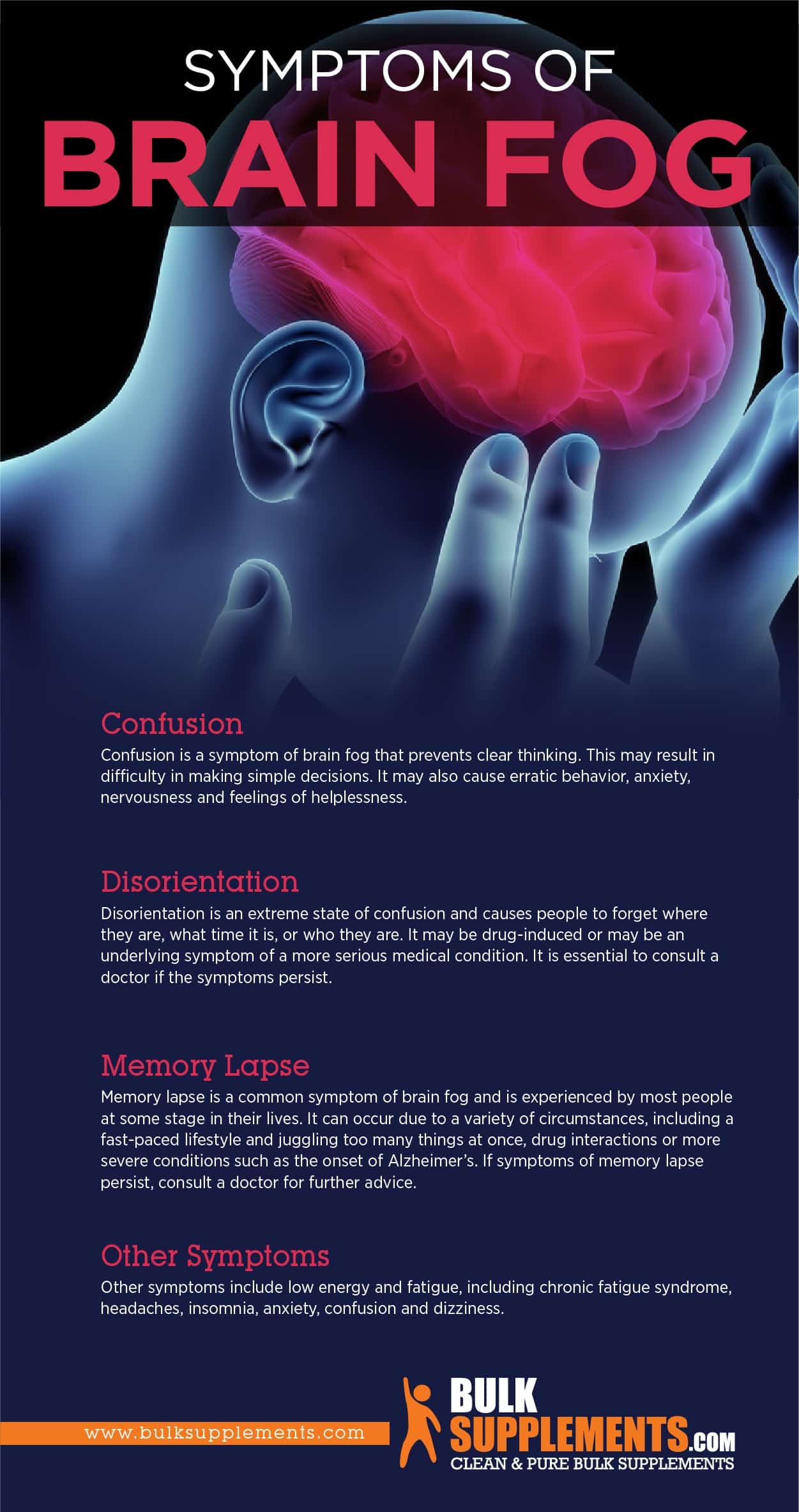 Brain fog results from a variety of lifestyle factors that affects brain functioning. Some of these causes include:

Many people suffer from anxiety due to the lifestyles they lead. Stress can affect the functioning of the brain, and constant stress can lead to brain fatigue and brain fog. As the body’s stress levels increase, symptoms of it may increase as well.

Poor sleeping habits are one of the significant causes of brain fog. The brain requires at least eight hours of sleep every night to function efficiently. While the body sleeps, cerebral fluid flows into the brain to clear toxins built up by anxiety and stress during the day and build new brain cells. Sleep deprivation causes issues with brain functioning such as brain fog, confusion and forgetfulness.

There are four major hormones that must be in balance to prevent it. Hormonal imbalance may cause the brain to inadequately adjust, leading to fatigue. Hormones that may affect the functioning of the brain include:

Thyroid – Low levels of thyroid hormones cause brain function to slow down, resulting in brain fog.

Estrogen – This is one of the most important hormones that prevent the brain from declining. The female brain usually begins to slow down due to cerebral metabolism at about 40 years of age. At this stage, it may start to develop.

Insulin – Consumption of too much sugar can cause blood sugar levels to fall due to a spike in insulin, leading to it. 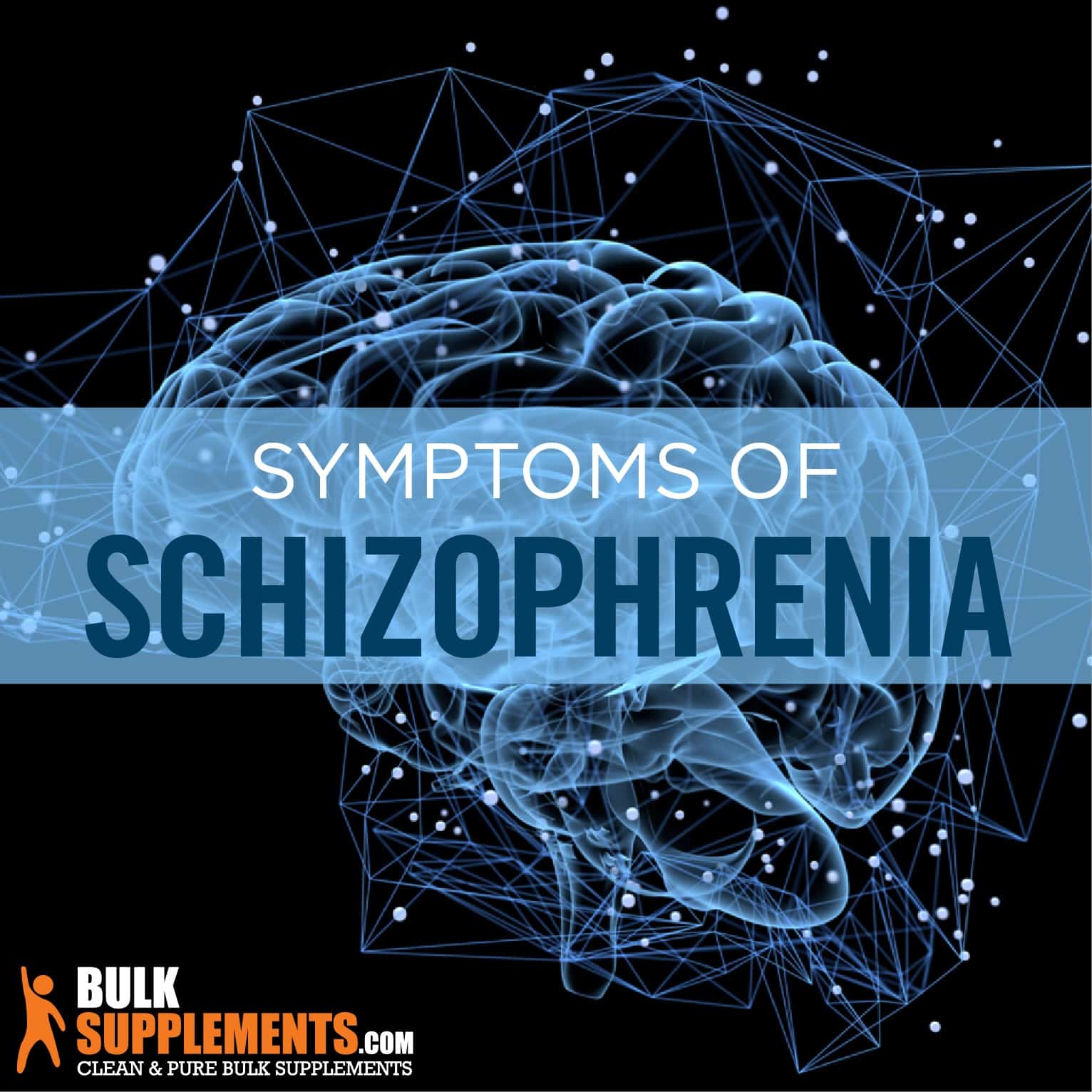 Other causes of brain fog include food allergies and nutritional deficiencies. Food allergies can result in a mental fog, while poor nutrition can cause the brain to operate at a slower rate. Certain nutrients are needed for the smooth functioning of the brain. When these nutrients are absent, the brain may not function as effectively as it should.

Effective treatments for brain fog include:

Rhodiola rosea is a Scandinavian herb that reduces mental and physical fatigue. It is a nootropic supplement that has stimulatory properties similar to those found in caffeine, but that does not lead to shaking or crashing. Rhodiola rosea can help with bouts of fogginess, weakness or lethargy. It also improves the mood and is an excellent natural remedy for boosting cognitive functioning. The supplement has no side effects if taken in the correct dosage.

Phosphatidylserine is another nootropic supplement that is effective for clearing it. It is entirely natural and is known to help phospholipids provide structural support for cell membranes throughout the body. It also boosts the growth and maintenance of neurons and enhances communication between cells within the body. Phosphatidylserine aids concentration and focus, preserves mental acuity and is an excellent remedy for suppressing ADHD symptoms and curing it.

Other Supplements and Remedies

Some other remedies for brain fog include caffeine, ginkgo biloba, omega-3 fish oil, medium chain triglycerides oil and Acetyl-L-Carnitine. Vitamins that help with brain fog include B vitamins (folate, B-6, thiamin, niacin, B-12,), Vitamin C, Vitamin D and Vitamin E.

When to Seek Further Medical Attention

Depending on age, there are specific symptoms which shouldn’t be taken for granted if they persist. Memory lapse is a normal occurrence that happens to everyone at some stage of their lives. However, if long stretches of memory lapse continue, seek medical attention immediately.

Brain fog is a general term for occurrences that tamper or change the ability to think. It refers to brief or consistent dysfunctions in learning, memory and focus that may lead to short incidents of frustration, disorientation and confusion. Brain fog can occur as a result of certain events or for no reason at all. Brain fog makes an individual feel like normal brain processes such as understanding, thinking and remembering aren’t working correctly. The symptoms of brain fog are mainly psychological and can leave a person feeling anxious, worried, pessimistic and unmotivated. They include confusion, disorientation, memory lapse, fatigue and headaches. Brain fog results from a variety of lifestyle factors that affects brain functioning. Some of these causes include anxiety, stress and hormonal changes.

How To Choose Classic Wow Gold